Chemotherapy uses anti-cancer (cytotoxic) drugs to destroy cancer cells. Cytotoxic means toxic to cells. Cytotoxic chemotherapy drugs disrupt the way cancer cells grow and divide but they also affect normal cells. Sometimes chemotherapy is used alone to treat some types of cancer. But often it is used with other treatments such as surgery, radiotherapy, hormonal therapy, or other anti-cancer drugs such as targeted therapies.

Chemotherapy is commonly given at regular intervals called cycles. A cycle may be a dose of one or more drugs followed by several days or weeks without treatment. This gives normal cells time to recover from drug side effects. Sometimes, doses may be given a certain number of days in a row, or every other day for several days, followed by a period of rest. Some drugs work best when given continuously over a set number of days. 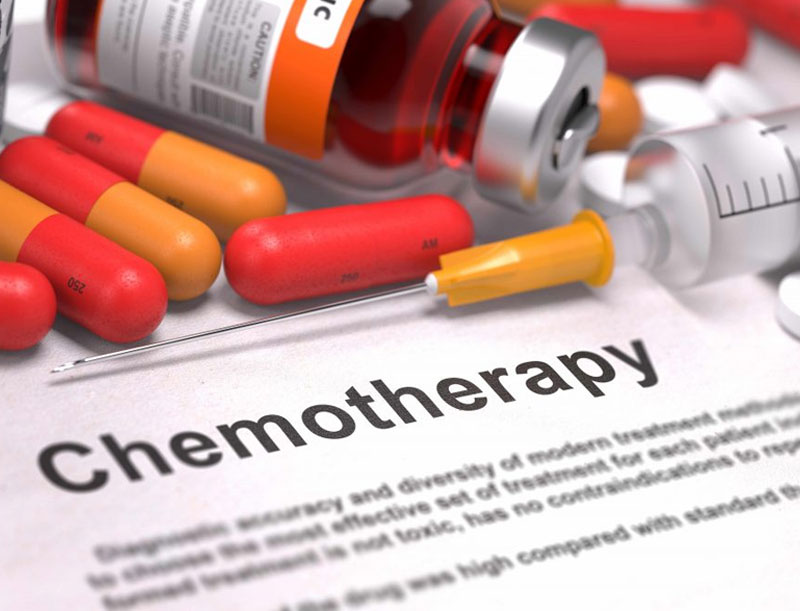 Chemotherapy is also used to prepare you for other treatments. It could be used to shrink a tumor so it can be surgically removed or to prepare you for radiation therapy. In the case of late-stage cancer, chemotherapy may help relieve pain. Besides treatment for cancer, chemotherapy may be used to prepare people with bone marrow diseases for a bone marrow stem cell treatment and it may be used for immune system disorders. Doses much lower than those used to treat cancer can be used to help disorders in which the body’s immune system attacks healthy cells, like lupus or rheumatoid arthritis.

No more waiting at the clinic, You can schedule your appointment here